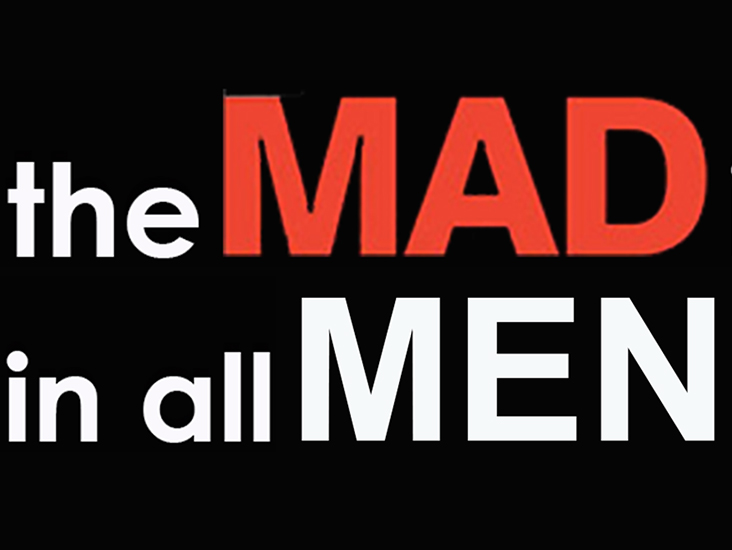 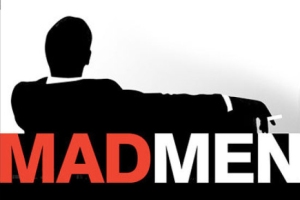 When a television series makes it multiple seasons, it does so by acquiring a faithful, dedicated audience. Nothing keeps a show on the air except ratings, and those come from viewer statistics. A few days ago, Mad Men, a popular series on AMC, ended with the culmination of its seventh season. In the essence of brevity, I’ll not describe the entire series. Simply put, it was a show set mostly in the 1960’s that covered the professional and private lives of men (and some women) who worked in advertising at firms on Madison Avenue in New York City. It’s quite a clever play on words, and yet it also speaks to the actual lifestyles that many of the men on the show lived – mad. Not mad in the angry sense, but more along the lines of crazy or chaotic.

Don Draper was the lead character, and his escapades with family, personal vices, womanizing, amazing creative ad work, and huge ego were often the central thread in each episode. Truth is, it wasn’t just Don who lived this way. Running around on your wife, drinking and smoking at all times of the day, deception and cheating with clients and co-workers just seemed like a right of passage for young, up and coming ad men.

While the show clearly had what some would call questionable or downright inappropriate content, there were also some interesting aspects that drew in many fans. Of course, more of those fans were consistently men, but there was enough of a story, with appealing characters throughout, to draw in women and varying age groups. Whether you have watched or not, I think there are definitely some life lessons that can be pulled out of the fictional lives on the show.

The focus for me, being a man, is on the portrayal of manhood in many of the key characters. In the basest areas of the heart of men, this show probably ignited some fleshly embers. Being set in the 60’s, men (especially in the professional workplace) totally dominated the place. Female secretaries and assistants scampered around catching the coats and hats of their bosses who waltzed in every day like they had just saved the human race from extinction. There was such heroism, strength, and courage in their gate as they marched through the office, it was hard not to want to be like them…at least in some ways.

I think many men have a hidden desire to be seen in that light…to be looked at with reverence and awe because you are so stinking good at what you do. It would even be nice to have assistants whose sole purpose was to make your life easier, all so you could theoretically meet the intense demands of your job. Someone who took pride in keeping the distractions away from your view, and helping to protect your valuable time.

Without exception, I think there is a little MAD in all MEN. A little, “I’ll do it my way” – “I’ll take what I want” – “I’m the greatest” – “Everyone should be thankful for me” – “You’re fortunate to be graced by my genius”, rests deep down in the recesses of our corrupt hearts. If nothing else is taken from this television show, the lack of humility and the controlling desire to be worshiped should stick out like a sore thumb. The ultimate idol of Don Draper’s sin-sick heart is to be worshiped like a god…more accurately to live as a god. And, hence, the struggle…for, there is only one God.

It’s interesting to me that the word ego does not appear in the Bible. However, the Bible is filled with God’s words admonishing us to fight against this inherent desire to be worshiped. Our flesh (our natural person) desires satisfaction and fulfillment, and can be shaped to believe that the only way to have that true contentment is by satisfying all the urges of self. It is clear that God hates pride and arrogance (Proverbs 8:13). We are also warned in Matthew 23:12 that whoever exalts himself will be humbled. If we live by our own desires and devices, we will be humbled.

So, our challenge is to build up and live by our spirit (our inner man), and let the Word of God and the Holy Spirit be our guide through this maze of life. Instead of doing whatever you can to be noticed, to get ahead, we are commanded to be humble. According to Proverbs 22:4, it is genuine humility and fear of the LORD that bring wealth and honor and life. The real, lasting gift of the very things we desire so deeply only come from God’s hand of blessing, because of his goodness, when we humble ourselves.

I know you’re probably thinking that this is not the way of the real world. The meek and humble people do not get ahead. They do not end up getting the promotions that lead to the luxurious cars, big houses, and boats docked at the marina. In some circles that might seem to be accurate. And, I can’t (nor can anyone else) guarantee you that you will have all those things if you follow God’s plan for living your life. However, my question to you is, “What does it matter if you get all the money, success, notoriety, position, power, and things that you desire, but lose every other single thing that money cannot buy?” (Matthew 16:26)

Some of the more miserable, angry, sad people in the world sit in their houses surrounded by the trappings of this life every night- all alone. They’ve worked hard to get ahead, make partner, become CEO, and reach the pinnacle only to find they’ve had to step all over people along the way up. Friends have been pushed away, bridges have been burned, and families have been lost. When they finally learn it all wasn’t worth it…it’s too late.

Jesus, our example, came to the earth, not to be served, but to serve. He made himself nothing, emptied himself, and became a servant (Philippians 2:7). Truly, an inflated ego and an unbalanced focus on self is in direct opposition to God’s call for living in humility. Don, and most of the other men on Mad Men lived the antithesis of what characterizes a true Christian: total dependence on God and self-sacrificing service to others. And, that seemingly glamorous lifestyle that felt and looked so good on the outside, left them in a lonely, desolate place.

Our society, with all its clever devices, tries to get all of us twisted up in this empty pursuit. The man who would follow God’s plan, and become more like Christ – living out the gospel – will have to fight hard…and it will be worth it.

One thought on “the MAD in all MEN”